First school was a log school built in 1853.  Teachers were Alexander Walls and Mr. More.
1855 A new school was built, Mr. Williams was the first teacher in this building.  The school served as a place of worship until 1863 when the Episcopalians built a church (Redeemer Lutheran)
In 1877 a two room school was built, and burned before occupied.  Classes were held in an empty store.  There was no high school during these years.
In 1888 high school started, (Rosa Burke (Mrs. John Main) was principal of grade school and high school.  Grade school was at Little Brick and empty store buildings.
In 1905 Big Brick was built.
In 1909 addition was made to Big Brick adding to existing four rooms…cost 20,000.
In 1918 overcrowding in the grade school forced classes to be held in the Henry Behrens home.  The house was used as a school for six years.
In 1920 Behrens home was torn down and Maple Street School was built.
First high school was held at White School which was near the mill on Walnut Street.  Mr. H.A. Wood was principal, and taught all of the subjects when the two year school began.
The Four Year high school was in the Big Brick.
In 1920 the new high school was built on Broadway…cost…124,000.  And 16,000. For furniture. 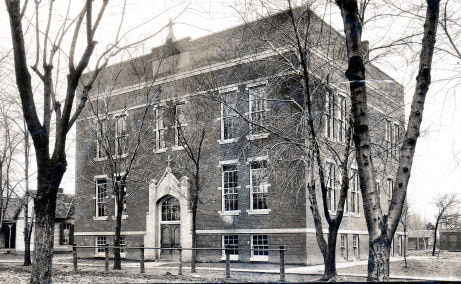 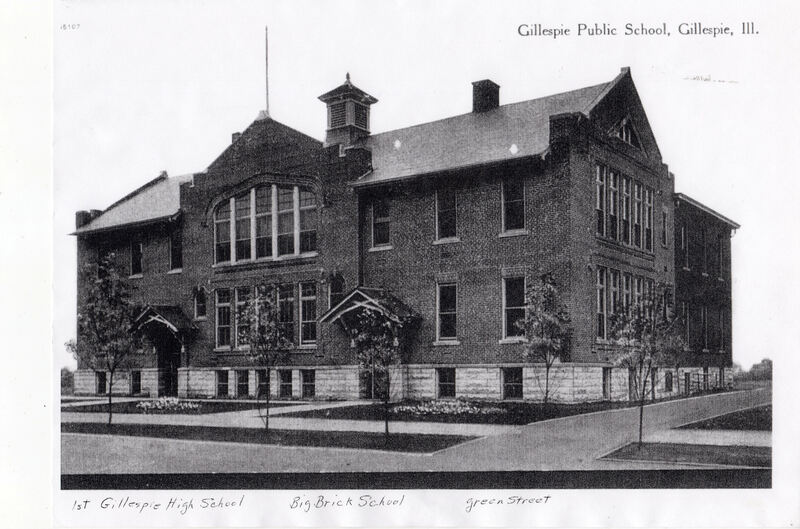 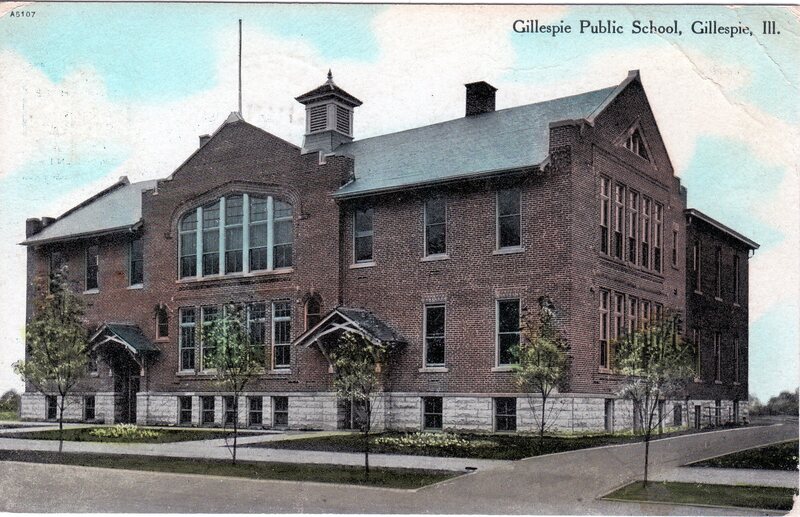 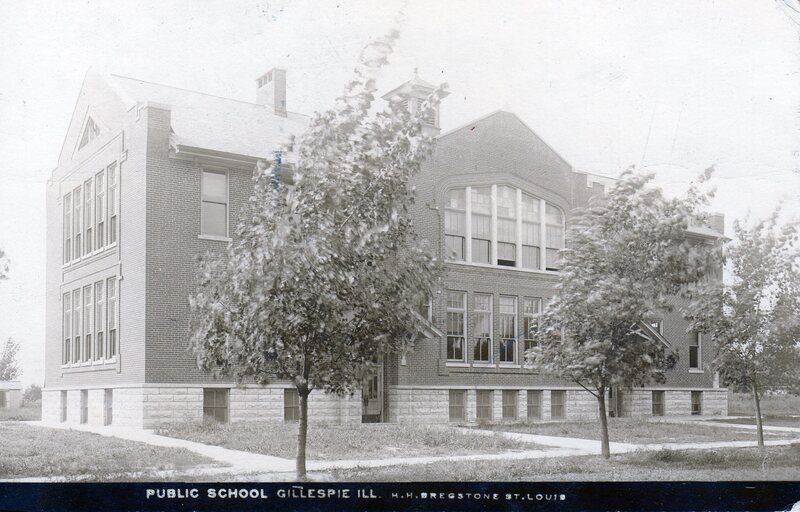 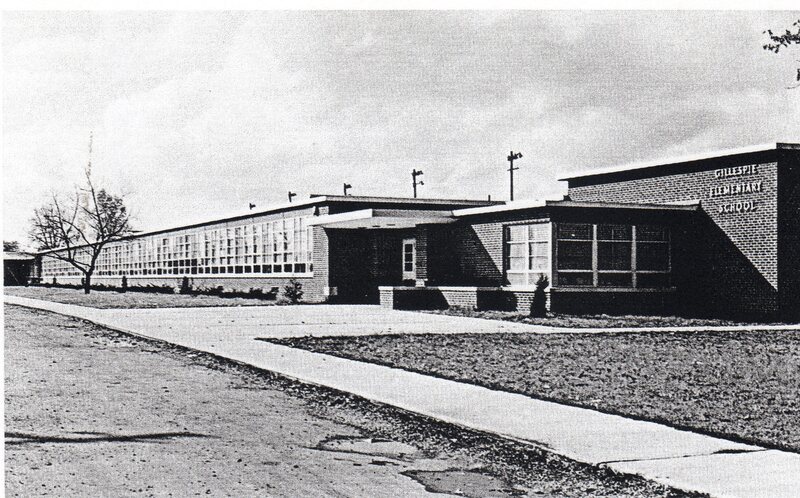 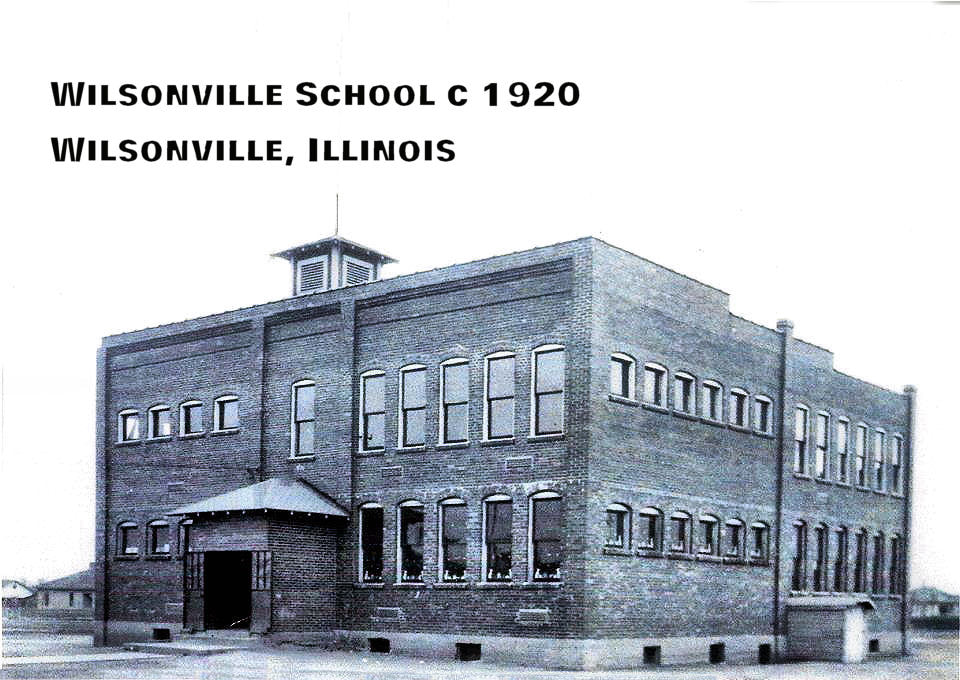 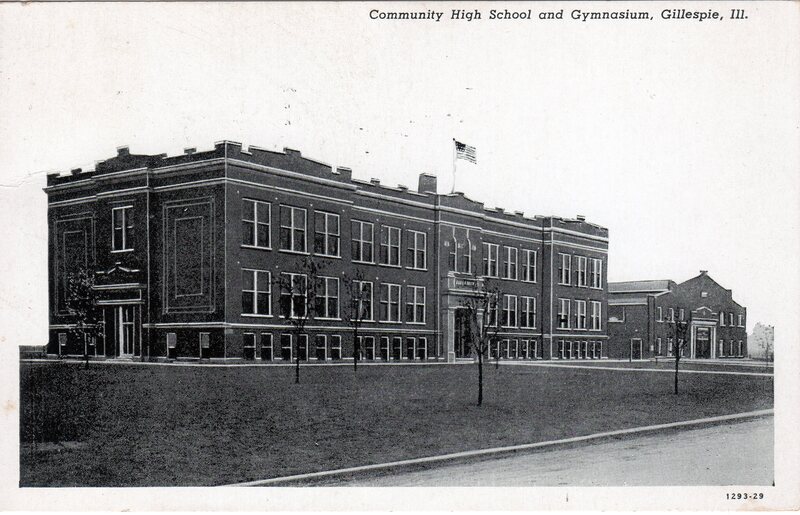 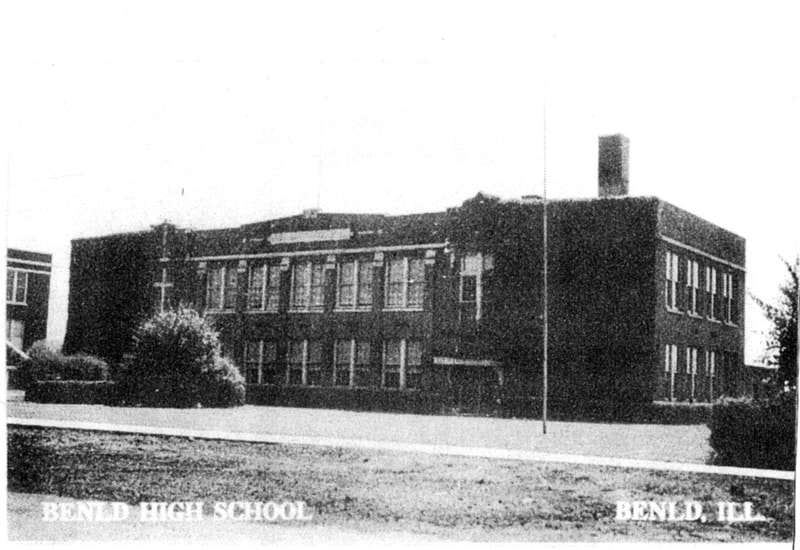 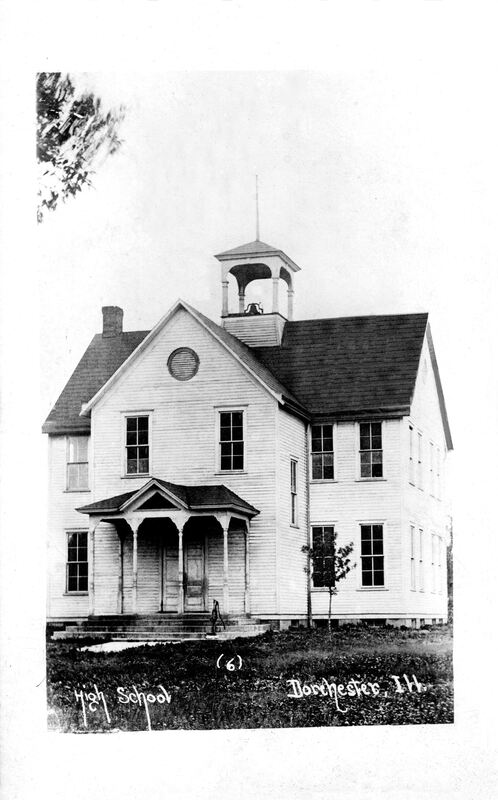 ​Taken from
The ECHO, 1922
(the Gillespie High School Yearbook)
The first house built in Gillespie in 1853, by B.F. Clark….the first floor was a store and the second floor was the living quarters.
All buildings were made of rough lumber sawed at the Cahokia Saw Mill.
Four rough shanties were built on the principle corner of the square.  People began building their houses around the shanties that were used for businesses.
Until 1879 all of the businesses were on the Southeast side of the railroad.
The first addition (Higgins) was added in 1854.
First Post Office was in Clarks store, Thomas Chandler was the Postmaster.
The first Hotel was the National, built by S.D. Martus in 1856.
The first Mill was built in 1859 by Settlemire-Rankin and Holmes.
The first blacksmith shop built by McGoern and Benning.
The first doctor was Dr. Isaac Osborne in 1855.
The first church was built in 1863 was the Episcopal Church, Rev. Mitchell was the first preacher along with Mr. Dresser.
The Methodist church was built in 1863.
The Lutheran church was built in 1869.
The Catholic Church was built in 1879.
The first Mayor was William McDaniels.
The first school for Gillespie was in Mrs. Greens home, but the first school was in the home of Mrs. Beggan, and stood where the Little Brick School now stands.  It was first used as a town Hall and then as a school.
The first High School was White school by the Mill, it later burned.  The Big Brick School was built with four rooms and later expanded to fourteen rooms.
Increasing population forced building G.C.H.S. in 1919 and finished in 1920.  Construction cost along with the furniture cost $124,000.
In 1880 the first mine was known as the McKinley mine located near where the old Slack Pile now stands.  The Voge mine, four miles east of the Big Four was sunk in 1882 was considered a good mine with a hoist of 600 tons a day.  Dorsey mine, northeast edge of Gillespie was considered the best of all three mines.  All were sold to Consolidated Coal Company which owned all of the mines in Southern Ill.
The population was now 800.
Superior Coal Company located in Gillespie in 1902, purchased 52,000 acres of land and sank Number 1 mine. The office was above Charles Smith store.
Number 2 mine (Sawyerville) was sunk in 1903.
Number 3 mine (Mt. Clare) was sunk in 1904 and boasted the largest smoke stack ever used in this country.  Several times this mine has had the record of hoisting the most tons of coal in eight hours work.  It hoists 5,730 tons in eight hours.
Number 4 mine (Wilsonville) was sunk in 1918 and was reported to be the best equipped mine in the U.S.
Liberty mine sunk in 1919 was first owned by Home People and in 1922 by West Virginia Coal Company.  Electrically equipped but with a much lower hoisting capacity.
The coal washer was built for $200, 000.
In 1916 pavement and sewers were added.
1922 the population had grown to 6,000.
BACK